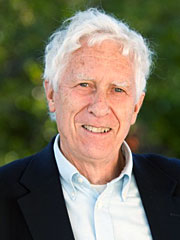 In October 1998 eminent Christian philosopher Nicholas Wolterstorff (Yale University, emeritus) delivered a lecture entitled “Tertullian’s Enduring Question”. The lecture was subsequently printed in a publication called The Cresset in 1999 and it is now available as chapter 13 in the first volume of Wolterstorff’s collected papers. In the lecture Wolterstorff reflects on Tertullian’s famous question from Prescriptions against Heretics (as quoted by Wolterstorff):

What does Jerusalem have to do with Athens, the Church with the Academy, the Christian with the heretic?”

The purpose of Wolterstorff’s essay is to reflect on how Christians should engage with scholarship. After summarizing Tertullian’s largely oppositional approach to non-Christian scholarship, Wolterstorff compares and contrasts it with Clement of Alexandria’s let’s-learn-from-the-pagans-whatever-we-can approach and ultimately proposes a synthesis of the two. In this context he states a principle that is, or should be, fundamental to scholarly interaction, whether between Christians and non-Christians or, more generally, between any two scholars of contrary persuasion:

Thou must not bear false witness against other scholars, be they ancient or contemporary. Thou must not take cheap shots. Thou must not sit in judgment until thou hast done thy best to understand. Thou must earn thy right to disagree. Thou must conduct thyself as if Plato or Augustine, Clement, or Tertullian, were sitting across the table – the point being that it is much more difficult (I do not say impossible) to dishonor someone to his face.

The notion of honoring one’s dialog partner is, Wolterstorff emphasizes, a moral imperative, one that we might add is a corollary of “love your neighbor as yourself”:

[I]f the Christian is going to engage in that practice of our common humanity which is scholarship, then he is thereby under obligation to honor his fellow participants by understanding as well as he can how they are thinking and where, to put it colloquially, they are “coming from.”

This dialogical imperative is something Wolterstorff made a habit of reminding his students of on a weekly basis. It’s something we would all do well to remember.

My name is Alan Rhoda. I have a Ph.D. in Philosophy from Fordham University (2004). My dissertation was on the skeptical problem of induction, and I have published 13 professional papers to date in philosophy of religion, metaphysics, and epistemology. The dominant theme of my research is the openness of the future, as contrasted with the fixity or settledness of the past. I have about 10 years' worth of academic teaching experience, primarily at UNLV and at Notre Dame. Originally from Las Vegas, NV, I currently reside near Indianapolis.