This is a reply to a recent critique of open theism by philosopher David Hunt on a YouTube channel called The Analytic Christian. The video interview was mainly focused on an essay Hunt wrote titled “What Does God Know? The Problems of Open Theism”. It was published in 2009 as part of an edited collection, Contending with Christianity’s Critics, which I reference hereafter as CCC. (Incidentally, Hunt is very clear in the essay that despite the title of the book, he does not endorse the claim that open theists are not Christians (CCC p. 266).)

I’m responding to Hunt in part because near the end of the video he replies to an argument I offered for open theism on the same channel 7 months previously. I was hoping he would give me a serious challenge, but unfortunately he doesn’t fully engage with my argument because (1) he didn’t watch the video wherein I presented the argument, and (2) the slide from my video that he comments on does not fully convey the nature of the new information given by the resolution of future contingencies. As a result, Hunt’s reply misses the central point of my argument.

In addition, there are several inaccuracies in Hunt’s critique, both in the video interview and in CCC, that are worth pointing out because appreciating such nuances is necessary for raising the level of discussion concerning open theism. Hunt’s work is by no means shoddy—he’s an accomplished and skilled philosopher—but he hasn’t thought through some of the issues as carefully as might be desired. My comments mainly focus on the video, to which I provide timestamps throughout, but here and there I will reference the published paper as well.

Notice that in answering this question Hunt has not said anything in points 1–4 that clearly demarcates his “classical” theism from open theism.

III. (5:19) – Question: Would a non-open theist say that God “gains knowledge” over time simply because what time it is now changes?

This question presupposes a dynamic (i.e., A-theory) of time. On such a conception God’s knowledge would have to continually change so as to track reality. Moreover, it would have to change in the same sort of way that most open theists believe God’s knowledge changes to track reality. For open theists, however, it’s not just the now that changes but also the modal configuration of the future, as branching possibilities are resolved into settled actualities.

IV. (7:06) – Question: What are three ways that open theists have tried to respond to the charge that God knows “less”?

The question comes more or less straight out of CCC (p. 268), but it’s poorly framed for reasons I gave in I.7 above.

This brings us to Hunt’s first slide, which describes three types of open theism: 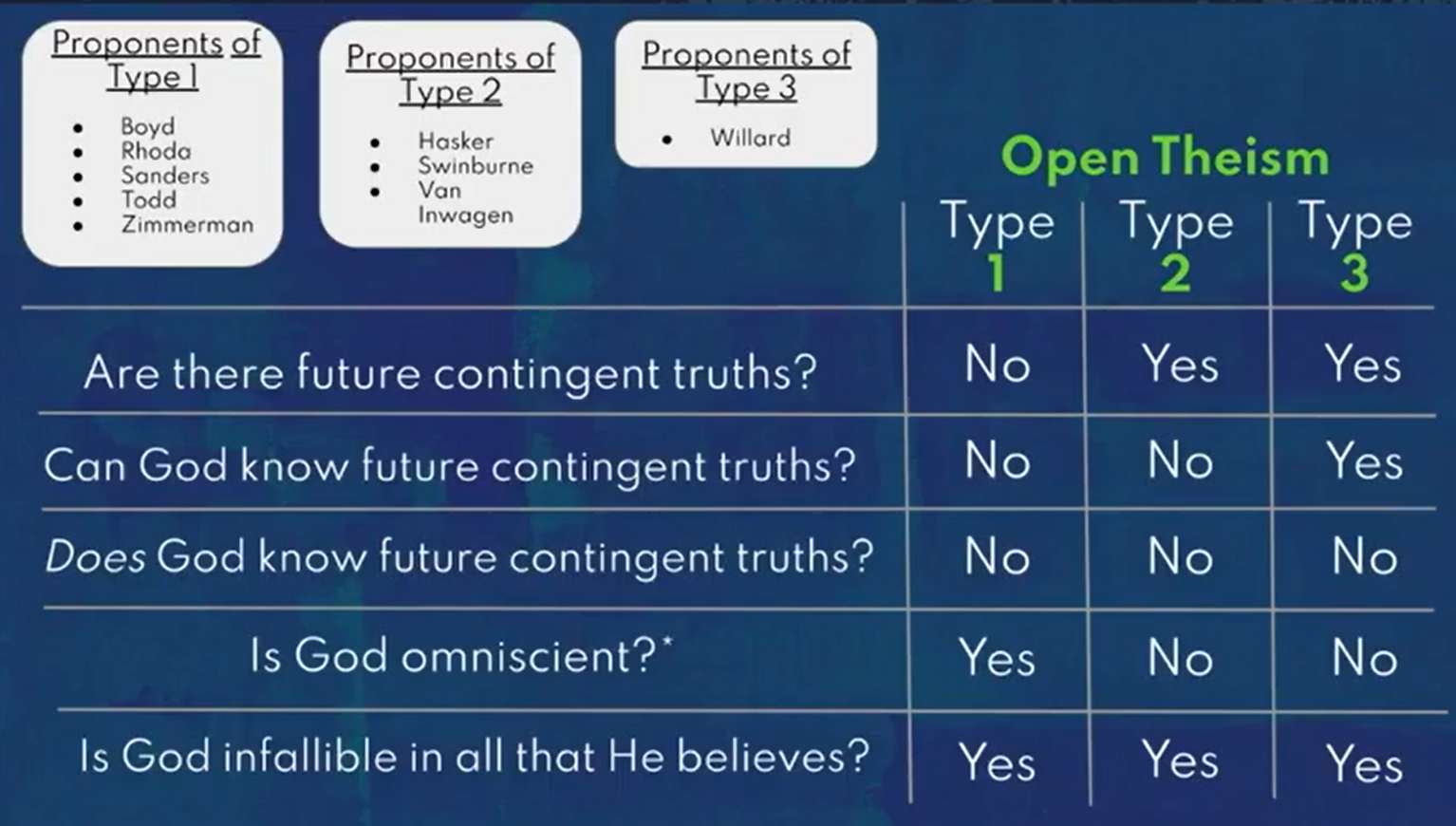 Hunt spends the next 10 minutes or so explaining the slide. Before discussing some of what he says in that context, I want to make some preliminary remarks about the slide itself.

VIII (32:30) – Question: What other philosophical arguments do you want to consider?

I have several points to make in reply:

My reply: This objection is misguided for a couple reasons:

Hunt examines two slides from my interview. He did not watch the interview. All he knows of my argument is what he saw in those two slides. 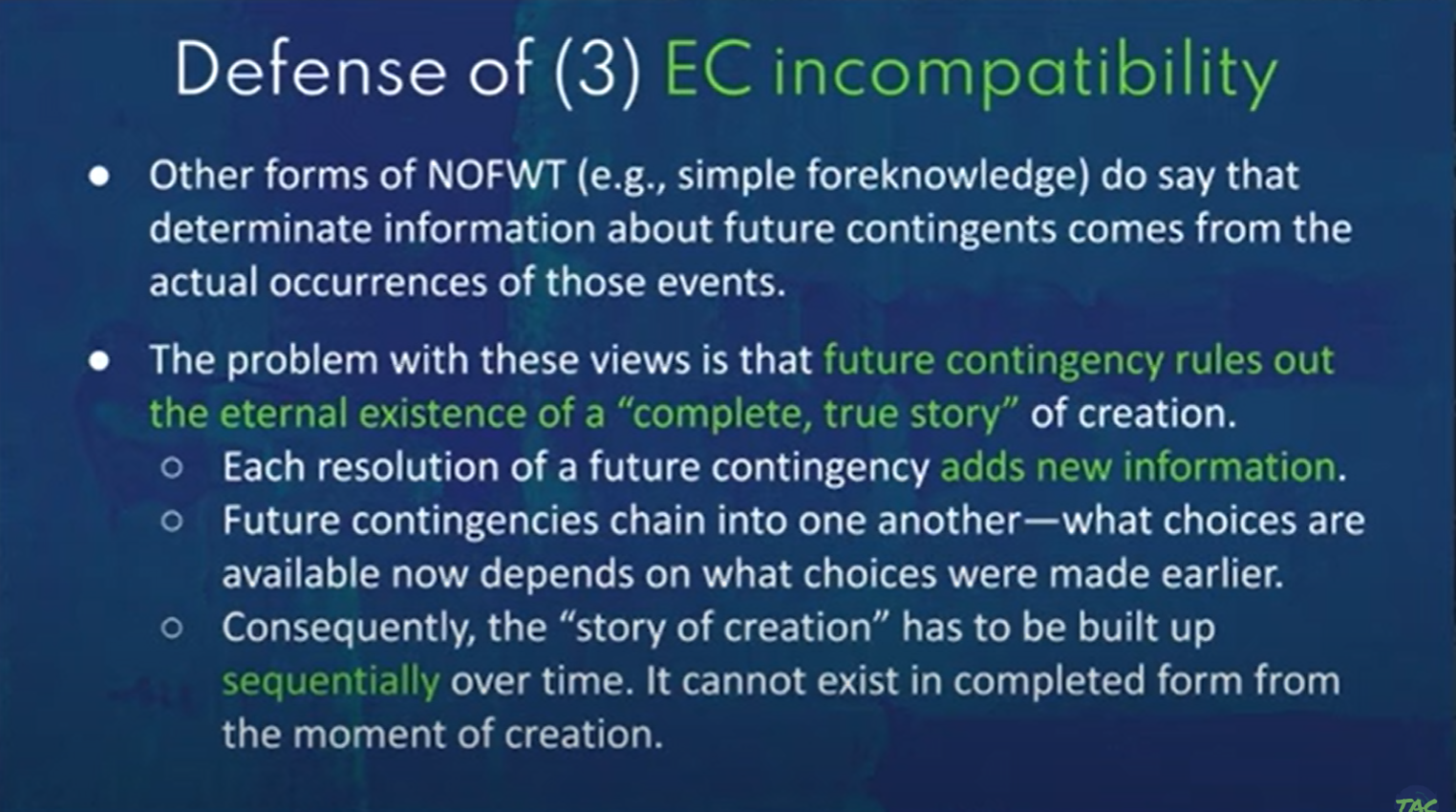