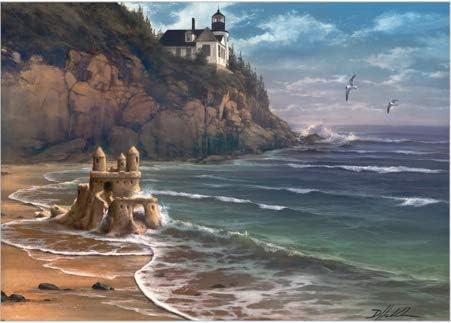 I have a Ph.D. in Philosophy. Etymologically, ‘philosophy’ means love of wisdom and a ‘philosopher’ is therefore a lover of wisdom. But etymology doesn’t necessarily map onto semantics. Much that is currently labelled ‘philosophy’ is at best only tangentially concerned with wisdom. Indeed, many self-styled philosophers and other credentialed “smart” people promote astonishingly misguided forms of folly. My concern in this post isn’t with philosophy so-called, but with wisdom. What is it to be wise, and what is it to love wisdom?

I. The parable of the wise and foolish builders

I’ve given a fair amount of thought to those questions over the years, and I think the clearest and most accessible entry point for thinking about wisdom is Jesus’s parable about the wise and foolish builders in his famous Sermon on the Mount:

There are at least four points that one can draw out of this parable that shed light on the nature of wisdom.

II. A definition of wisdom

If I were to encapsulate the above in a one-sentence definition of wisdom it would be this:

Wisdom is a habitual application of practical knowledge in objective pursuit of the good.

First, wisdom is habitual. It is a stable disposition or virtue, not a one-off performance. A wise builder has the knowledge and the moral disposition to build good houses reliably and consistently. Wisdom is opposed to getting things right by accident or luck. Fools sometimes get lucky, and when they do they may seem wise for a time, but reality eventually catches up.

Second, wisdom is an application of practical knowledge. Wisdom is opposed to both ignorance and folly. As such, it has both a theoretical aspect and a practical aspect. The theoretical aspect is the content of the knowledge in question. One can’t be wise and be a complete ignoramus. You have to know something. In the case of the wise builder this knowledge has to do with the principles of sound construction. Moreover, the knowledge in question must have practical import. To be relevant for wisdom, the knowledge can’t be merely theoretical and so of no utility, but rather must be relevant to discerning between better and worse ways of accomplishing some objective. For example, the wise builder’s knowledge allows him reliably to distinguish between better and worse approaches to home building. Finally, merely having practically relevant knowledge is not enough. You can know a lot and still fail to apply it properly. Someone who “knows the right thing to do and fails to do it” is a fool. The foolish man knows better but doesn’t follow through and act accordingly. Like the foolish builder, he knows better than to build on the sand but for whatever reason—laziness perhaps—builds on the sand anyway.

Finally, wisdom is an application of knowledge in objective pursuit of the good. There is a difference between the authentically wise man who knows the good and actively pursues it, and the pseudo-wise man who falsely thinks he knows the good and pursues that instead of the true good. In short, wisdom is opposed to well-intentioned but ill-informed activism. As the saying goes, the road to hell is paved with good intentions. There may be a somewhat commendable earnestness to such zeal without knowledge (Romans 10:2), but it’s not wisdom because it’s not accurately or objectively aimed at the good. Like the man who erroneously thinks that building on a foundation of sand is the best way to build a house, the practical results of such pseudo-wisdom may be little different than that of the fool who builds on the sand in complete disregard for the good. Of course, one implication of this objectivity requirement is that different people may disagree over what wisdom requires because they disagree about the good. In cases where the practical consequences are fairly immediate (like with house or bridge-building) and easily testable, such disputes can be adjudicated fairly readily. But in cases where the consequences are not so easily testable, disputes can drag on indefinitely. Still, just as the mere fact of disagreement is no reason for thinking that no one is right, neither is it reason for thinking that there is no difference between authentic wisdom and pseudo-wisdom.

Now that we have a rough idea of what wisdom is, we need to nuance this by distinguishing some different ways in which wisdom can vary, both diachronically (over time) and synchronically (at a time).

Wisdom can vary diachronically in that one can, like Jesus, grow or increase in wisdom (Luke 2:52). Or, alternatively, one can decrease in wisdom like Solomon. He started out his reign as a paragon of Godly wisdom (1 Kings 3) but over time unwisely acquired hundreds of pagan wives and concubines who dragged him away from God and into greater and greater folly (1 Kings 11).

Because wisdom has a dual theoretical and practical nature, one can increase or decrease in wisdom in either of two ways: first, by increasing or decreasing in one’s knowledge and understanding. The more a builder understands about the principles of sound construction, the better decisions he can make in that regard. Second, by increasing or decreasing in one’s ability to follow through and act according to the good (as one understands it). An informed builder who cuts corners whether because he’s lazy and doesn’t want to be bothered with careful measurements or because he’s greedy and figures he can improve his profit margins by using cheaper materials, is a fool because of his own moral deficiencies. If he becomes morally better or worse over time, his capacity for wisdom will likewise increase or decrease over time.

Wisdom can also vary in depth depending on whether one’s understanding of the good (in some domain) is shallow or deep and on whether one’s moral ability to live accordingly is weak or strong. A deeply wise person will be morally strong and have a deep understanding of human nature and of the good. By this I mean an understanding of the things that matter most at a relatively fundamental level. Contrast, for example, a young child’s understanding of the precept to love your neighbor (Luke 10:27) with that of a person who has long ministered to the hurting and destitute. The child may understand such love in terms of playing with that person or giving him hugs, toys, and colorful hand-drawn pictures, but the experienced minister will think about the physical, emotional, and spiritual needs of the person. The child’s perspective is not wrong—indeed, it may be very salutary—but it lacks understanding of the underlying causes of a person’s pain, and so cannot address them directly.

Because wisdom is oriented both theoretically and practically toward the good, to love wisdom—to be a philosopher in the etymological sense of the word—is to desire deeply to know, understand, and embody the good in one’s own life. For finite and morally imperfect creatures like ourselves, this implies an ongoing and focused pursuit of wisdom (1) because there is always more to learn (and re-learn, since we are prone to forget) and (2) because we are morally weak and remain susceptible to slipping back into folly if we let up.

Given the Judeo–Christian view that God, and our relation with Him, is the fundamental good for human beings, it follows that “fear of the Lord is the beginning of wisdom” (Proverbs 9:10). In other words, genuine wisdom entails a deep reverence for God as the ultimate Good (James 1:17) and as the One to Whom we are ultimately accountable (Hebrews 4:13). If such a God exists, and if one’s worldview does not have a perfectly good God at the center, then one’s approach to the most important issues of life will not be an “application of practical knowledge in objective pursuit of the good”, and so one won’t be wise by the definition I’ve offered. One may still be wise in a specialized and/or broad-but-somewhat-shallow sort of way, but one won’t be a deeply and generally wise person because one won’t be appropriately discerning between the ultimate objective Good (i.e., God) and other, less fundamental goods. And if one’s problem isn’t mere ignorance of the ultimate Good, a sort of “zeal without knowledge” pseudo-wisdom, but rather moral hostility toward it, then one will be a fool of the sort who says in his heart, “There is no God” (Psalm 14:1).

4 thoughts on “What Is Wisdom?”